SOS Cape Cod; the beginnings of a triathlon tradition

This summer the renowned SOS name found its way to the outer coast of Cape Cod. Inspired by the 35-year-old New Platz, NY SOS Triathlon, the first-ever SOS Cape Cod Triathlon was held in late June.

The field limit of 150 athletes gathered at Wellfleet’s Mayo beach early on a Saturday morning to begin a scenic and surprisingly hilly 27 mile bike up to Provincetown and down the coast to the edge of the Cape Cod National Seashore in Truro. Athletes then alternated between running along trails through the Seashore (the first time ever for the 58-year-old national park) and swimming across three fresh water ponds. The swim/run made up for seven legs totaling nine miles on foot and two in water.

Original founder of SOS, Don Davis served as an honored goodwill ambassador for the day and added an ode to tradition to the already palpable excitement of triathletes who knew they were experiencing something for the first time. Michael Halstead stayed true to his remarkable winning streak at SOS New York, winning the men’s race while former Ironman pro Kristin White took the woman’s race by an impressive 10-minute margin.

The inaugural SOS Cape Cod Triathlon started in the fishing village of Wellfleet. 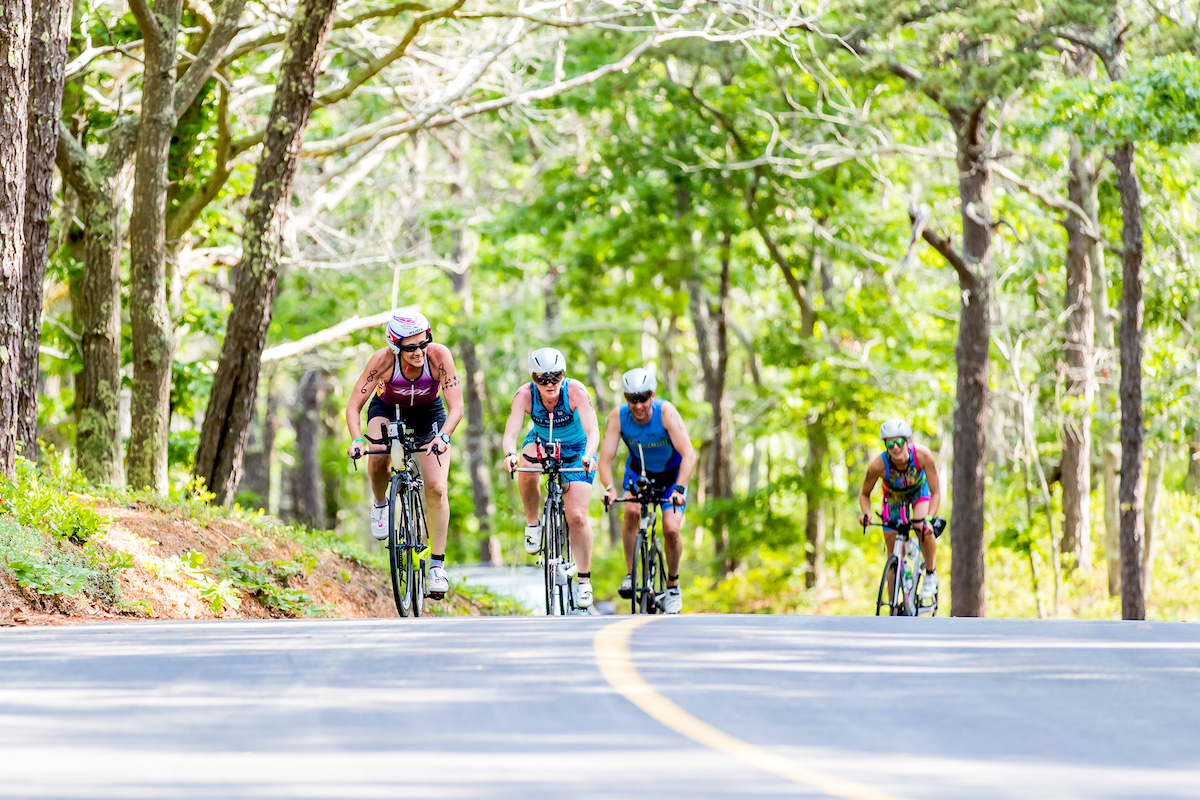 Despite its location at the edge of the East Coast, the bike course was anything but flat. 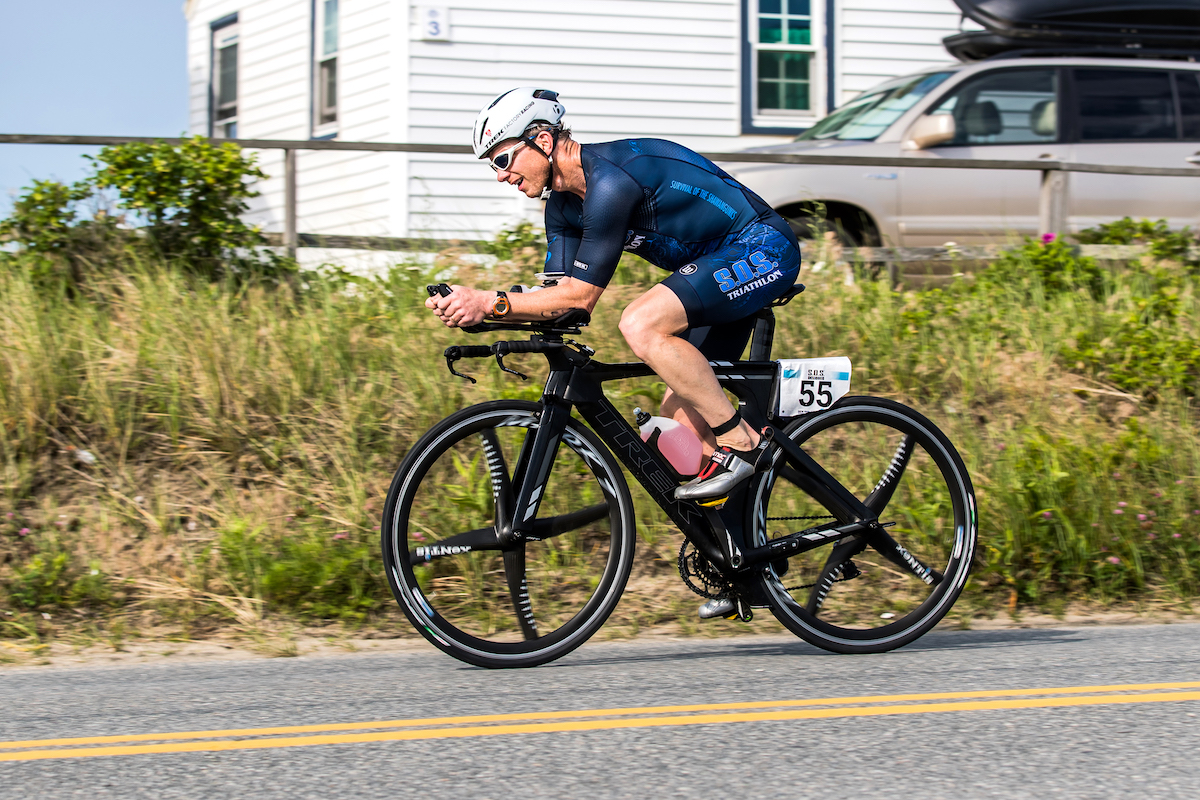 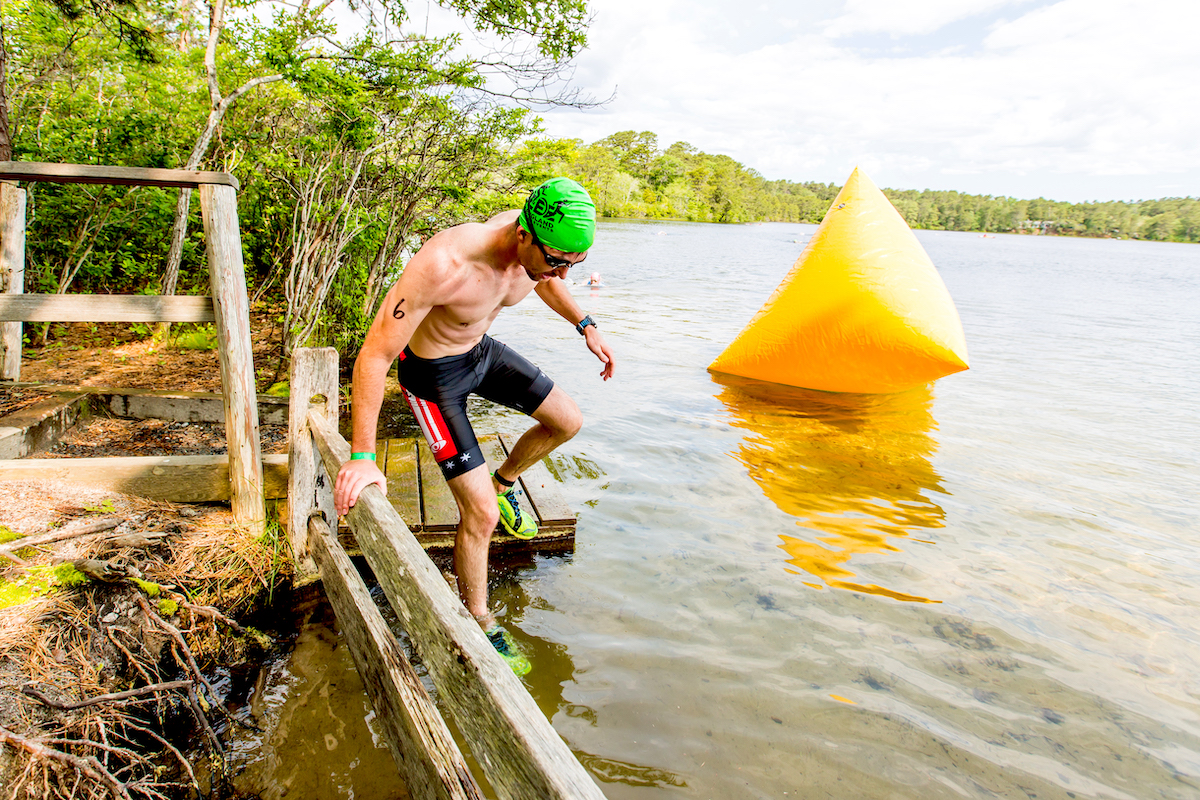 Only one swim leg afforded the luxury of a wooden platform for entry.

The bodies of fresh water for the combined two mile swimming legs were all located at the edge of the Atlantic. Have no fear, no great white sharks join you for the swim leg here. 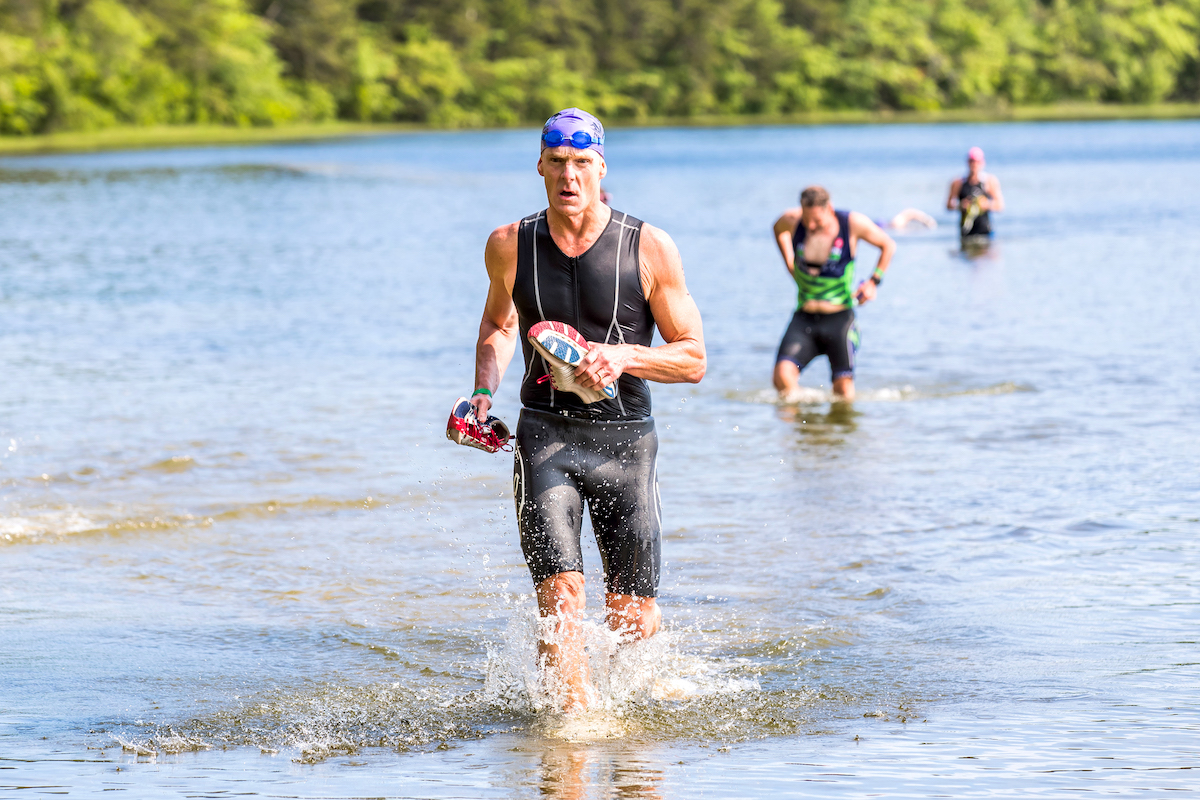 For the swim, competitors transported their shoes in all sorts of unique ways: in a dry bag, stuffed in tri suits, or simply keep them on. 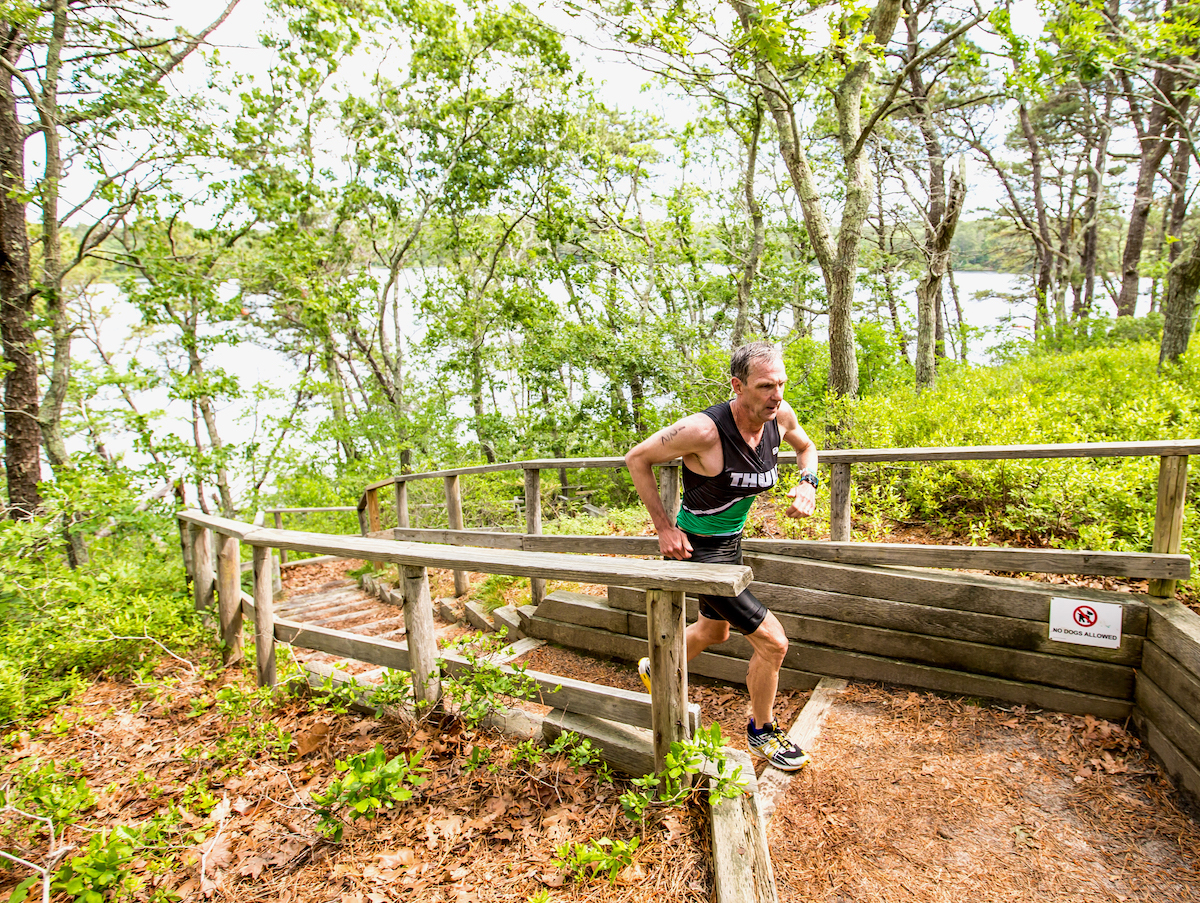 Formed by glaciers hundreds of thousands of years ago, the ponds were often 100 feet deep and required up to a 100-foot vertical climb to exit. 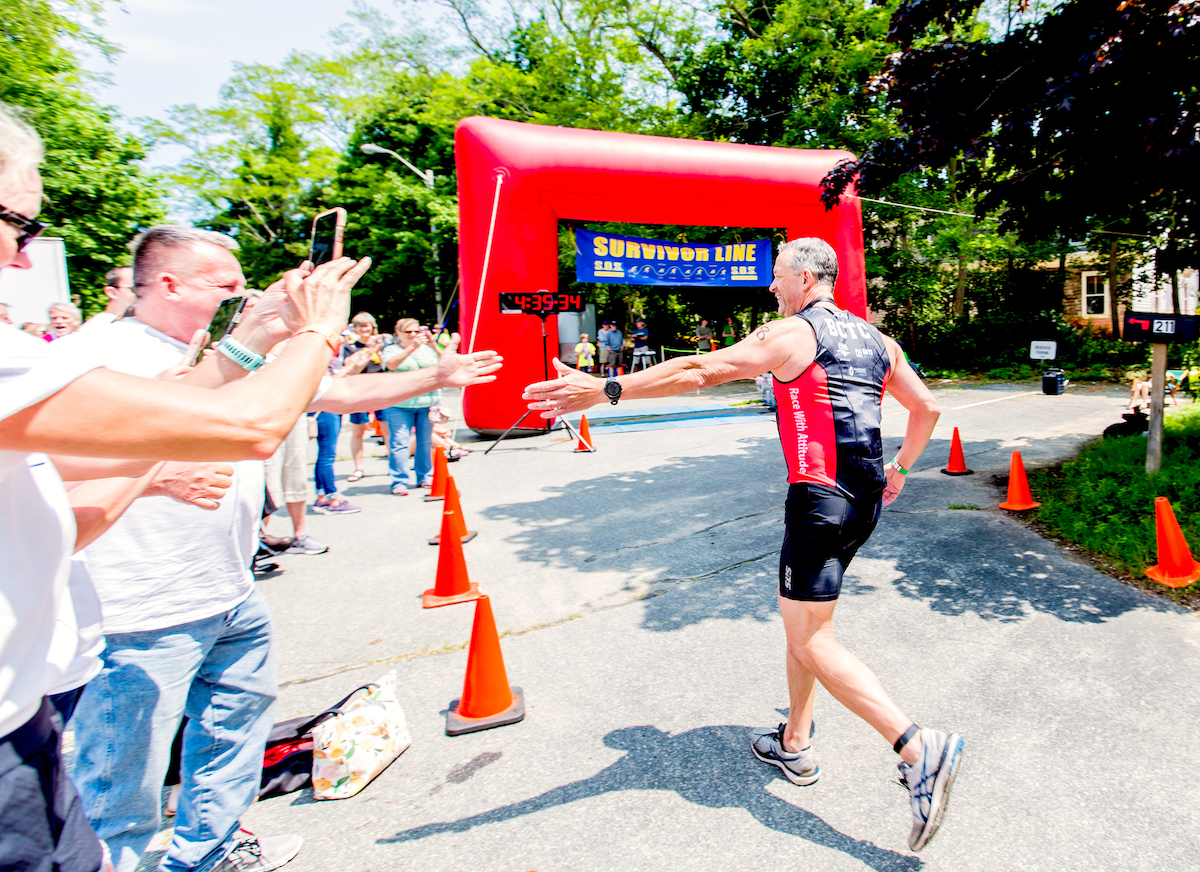 At New England Endurance Events, we are looking forward to SOS Cape Cod’s return in 2020 for another unforgettable experience on the highlands of the National Seashore. Further details and dates are on their way, so keep this event in mind and remember to register as an athlete or volunteer before spaces fill up! You won’t want to miss out on the beginnings of a Cape Cod Triathlon tradition in the makings.